Just a smaller game for everyone!
Late 2021 and early 2022 I wanted to make another advent calendar, but was unable to due to various reasons. But instead of just doing nothing, I've decided to pick up the Minesveeper series again. Introducing Minesveeper Zero, where placing flags decrements the surrounding numbers to only show the number of remaining flags.

You can try it Here! 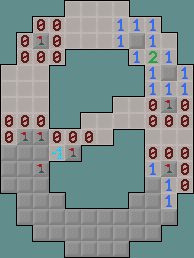 Just like with Periodle I've once again taken the chance to experiment a bit more with the overall page design. Perhaps I'll use this (probably after some more adjustments) to change the overall design of the page.

Long time, no update!
I have been busy with a lot of real life stuff over the past year and haven't gotten around to a lot of smaller projects, and while this isn't an announcement for anything major, I did have an idea for a smaller game lately which I want to share here.

Inspired by the word guessing game Wordle and the many clones, I have decided to make my own version of such a guessing game. Instead of using the letters A to Z, you have to guess words spelled from elements of the periodic table, from Hydrogen to Oganesson. 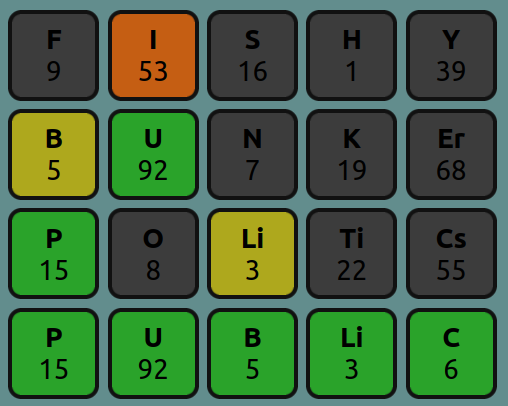 Anyway, you can play Periodle Here!

Some other stuff:
No major news otherwise. I've recently returned to working on Minesveeper 36 for a bit. I haven't gotten around to completely restructuring this website and if do I don't plan on ending support for OpenCYOA. Apparently OpenCYOA was broken for a really long time without me noticing, preventing any new submissions. Anyway, I've fixed it at some point last year. And even if it only progresses at like one submission per year, I'm still fine with having it go on incredibly slowly.

Just a quick update since not much has happened here!

VVOVOV:
At this point it should be obvious that I have lost interest in this project. The things I want to do is create a video of everything I learned from making it and give an overview on how everything went developing it. The only thing I left to do is to fix some minor issues for it to run on Linux. After that I will just put it as a sort of archive on GitHub, there won't be any more development besides maybe fixing very major issues or things relating to it running on different operating systems. No more changes or bug fixes will be made in regard to the gameplay or editor.

Minesveeper:
I've had a plan for a Minesveeper 36 - 39 a long time ago, but didn't have much motivation to work on it. At some points I had more ideas but wanted to do 36 to 39 first due to one requiring a specific number. 36, 37 and 39 are now hereby canceled as they wouldn't work very well in the first place and do not intend to make these. Minesveeper 38 isn't cancelled but will now take the number 36 it will release on its own whenever I decide to finish it. However, it does break the format of the other ones. No promise on anything past that, could happen could not happen.

A larger project:
I had an idea for a game a while back and started working on it however I ran into a lot of things where I didn't know how to do them. This year I started to pick up this project again and fully rewrite it as there were a lot of things I now knew how to do much better. I do not intend to reveal more information about it until I have a lot more progress with it.

This website:
I am currently making a website for someone with a slightly more advanced design than I did here 3 years ago. After that I will probably redesign a lot of this page. I intend to not use anymore PHP when doing this, however I'll try to keep all functionality of this page except for maybe OpenCYOA. No one cares about it anyways, so it will likely just become an archive.

CppIsYou is a puzzle game, vaguely based on the idea of the game BabaIsYou.
In it you modify the code of the game while playing it, in order to get the game to call the levelComplete() function.
You can either go Here for a bit more information on the game.
Or download it from this GitHub Repository

I finally had the time to finish this. So here are another three versions of Minesveeper. These will unlock spread out over this week. Version 33 will unlock later today at 18:00 Central European Summer Time. 34 will unlock on Thursday at the same time and 35 on Saturday again at the same time. There will also be another template that you can modify in order to create a game with the settings of your choice.

You can play Graphsveeper Here!

I would like to mention MineDay here as well. MineDay was made by weee50 and currently consist of 14 different modified versions of Minesveeper 31. In these it introduces a lot of new features. Currently, MineDay updates every Monday.

Not much has happened here lately. Me writing my bachelor thesis this year, being a major reason, for which I currently have about one month to finish it. So with this I had very little time to work on games I wanted to make. Meaning there won't be another advent calendar or other major project this year. Hopefully I'll get around to working on certain projects again soon.
I'm planning on finishing another 3 Minesveeper Version, most likely still this year.
This site now uses https, because of that change a lot of things broke. I hope I have mangaed to repair everything that broke, if you find anything still broken, please let me know. Since the notifications in VVOVOV broke, I have released Verision 0.3.7 that fixes some things.
Also Carbonnanosweeper is now on GitHub, after only five months.

3 Months after the Minesveeper Advent Calendar, there now is the 32nd Version: Carbonnanosweeper

This time you play on the hexagons of a carbon nanotube. However this version isn't a browser game, but instead you will need to download and run it. I plan on also looking into WebGL but did not yet get around to doing so, meaning that at the time of me making this I was only comfortable with using OpenGL in C++. 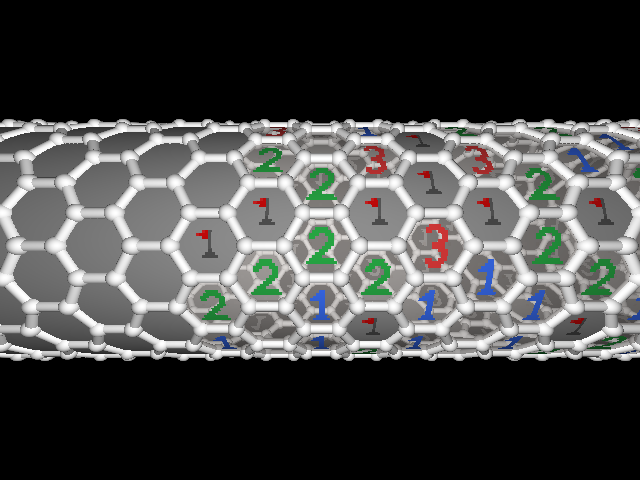 For December this year I have decided to create a Minesveeper Advent Calendar, which contains 24 different versions of a game that may or may not be similar to the game minesweeper. One for each day of december leading up to Christmas.

You can play it Here!

In that case use This Version instead! 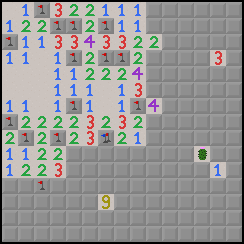 Oh, and don't worry if you don't have the time to play each day. All days can still be played on any later day in future, even after Christmas.

This is a project I've been working on for about a month now, it is a "choose your own adventure" where whenever the reader gets to an ending, they can continue writing it and end their branch of the story with two further options.

Also before you submit a branch, please read the Rules

Over the last time I have been working on a level editor for VVOVOV, it is not yet complete you can however already try the current editor in Version 0.3.3. It should already have all features that are relevant for making casual gameplay. You also are able to write scripts using a Turing Complete scripting language. However there are still some features missing in the editor, for example as of now there is no win condition in a custom levels, which I will add in the next Version.
Also unlike the Editor in VVVVVV this one opens a second screen in which you have access to all the different tools for building a level. 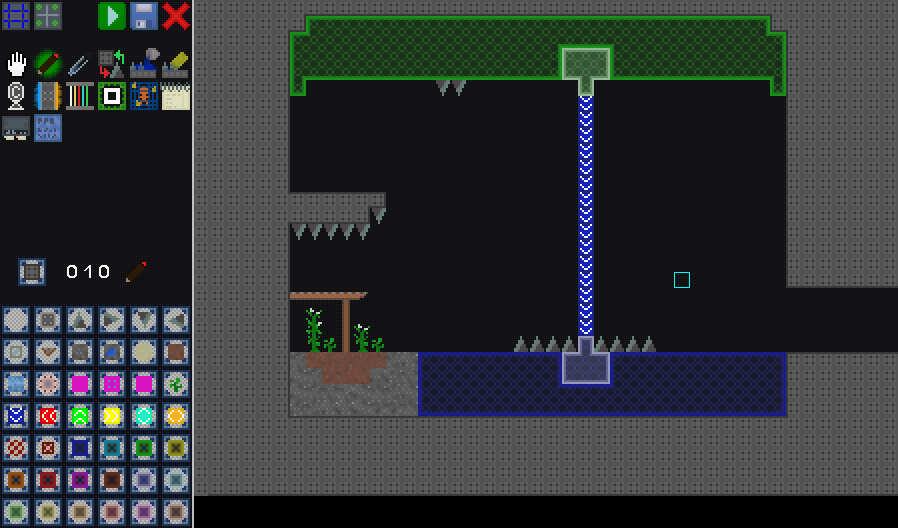 I might write a short guide for the editor at some point when the editor is a bit more complete, so if you want to try the editor right now, I am going to leave it to you to experiment around a bit. Or just ask me directly if a specific thing is unclear.

After over two years, I finally got this game to a state where I can release this first Version.
While this version is not 100% complete, it contains all content that is relevant for the gameplay itself.
Feedback is always appreciated.

I now have a website!
There will probably also be major changes to this Website over the next time.
I will release games I made on here.
As of now, I am working on a VVVVVV fangame called "VVOVOV".